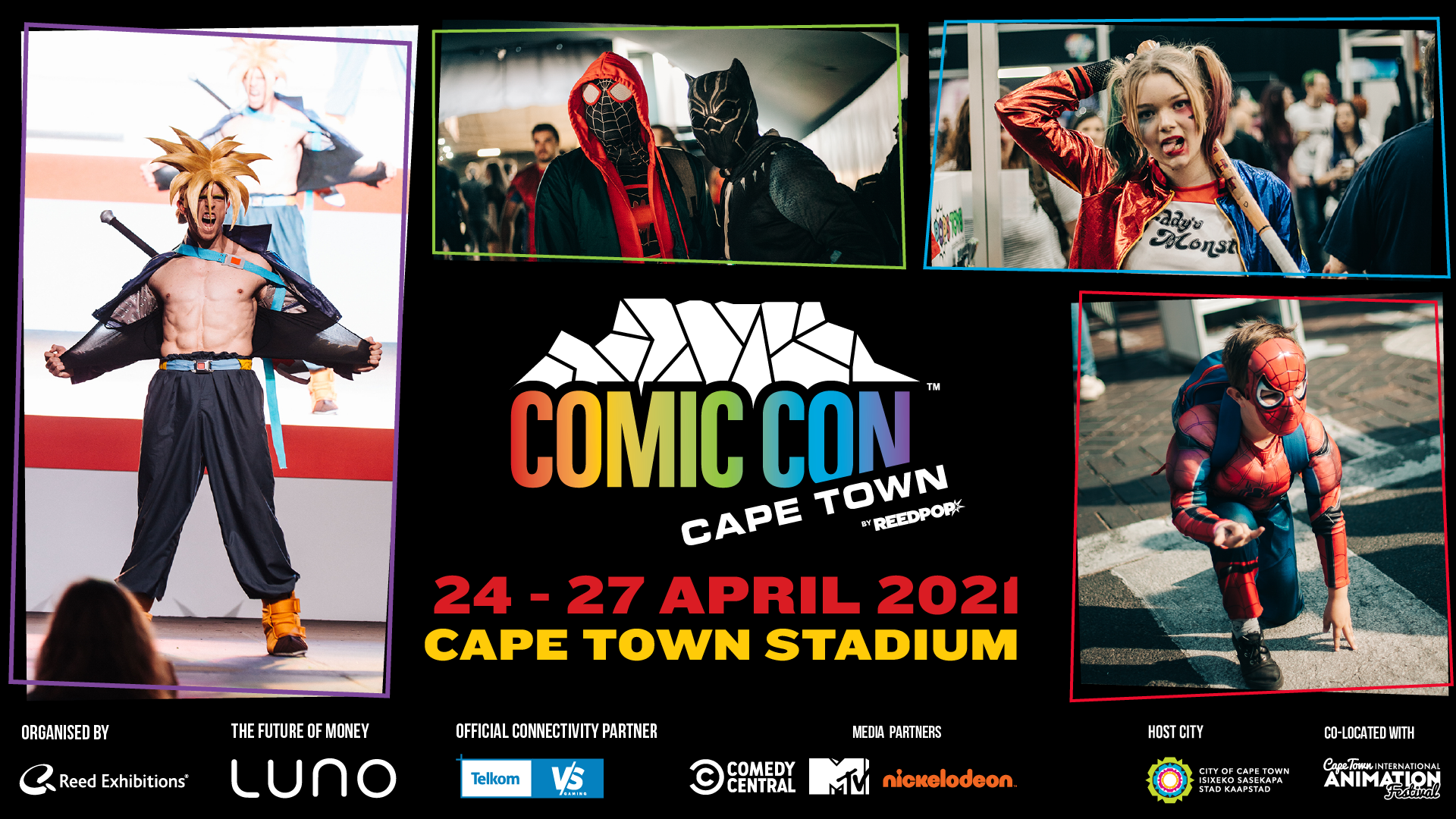 Comic Con is coming to Cape Town! Reed Exhibitions Africa and Reedpop, the world's largest producer of pop culture events including New York Comic Con and Comic Con Africa, are the proud hosts of the inaugural Comic Con Cape Town at the Cape Town Stadium from 24 - 27 April 2021 in partnership with the City of Cape Town.

This three-day festival focusses on all elements of pop culture and brings international and local comic artists, film and TV celebrities, and Cosplayers to South African shores where they meet fans, sign autographs and have photo ops. Packed with championships, competitions, super show specials, product launches, workshops, panels, Q&A sessions, screenings, activations, and interactive experiences, there is something for everyone to enjoy whether you are a casual fan or a bona fide geek.

With KidsCon in the mix, Comic Con Cape Town is the ultimate family day out.

ALL EVENTS BY THIS ORGANISER
Cape Town Stadium